Throughout most known history it all had to do with the land. The land didn’t just supply food and shelter. The land supplied gods and spirits. Gods in the trees. Spirits in the rocks and mountains. The land supplied a canvas for the shadow plays of the extra-terrestrial deities, the Sun kings and the Moon mistress’ and gods of thunder and lightning.

This was true across the breathable lands, from Egypt to Uluru, from Ireland to Tibet.

But gradually humans began to forget the potency of their lands and to huddle in their cement bunkers for hours or days on end, in lighting that was not even a remote cousin of sunlight, breathing air that was only a remote relation to that which had been exhaled by the far distant fauna that had created it.

In 2001 the British writer Neil Gaiman dramatized the changes in humanities’ shifting alliances in his brilliant saga American Gods. In it the Old Gods of Europe, Africa, Asia and the Middle East — Thoth, Anansi, Bilquis, Jesus et al — are being ousted by the New Gods — Media, Technology, Celebrity and the rest — in what looms as a battle for the very souls of men.

Indeed, travel to the most remote corners of Africa, Tibet, Australia, and regardless of how powerful tradition and land may remain, you will still spy the ubiquitous iPhone.

But Jeremy Blincoe remains enamoured of the land. Regardless of his own embrace of technology, clearly evidenced by the glossy sheen of his photography, he reaches out to desert and marshland alike.

Most European Australians, on their trips to Bali or Bangkok fly over a landscape that seems, from a distance, to be devoid of civilisation — but in truth they are zooming oblivious over innumerable civilisations, languages, rituals, cuisines and religions. What most also fail to recognise is that the Traditional Owners are fiercely proud of their lands, cultures and beliefs, their ceremonies and sacred sites, rock art and stone arrangements and associated heritage and values. And in many cases this pride is passed onto a younger generation which Blincoe unearths in his powerful and poignant portraits of Aretha, Malouk, Marcus Kinthari, Nathan McGuire, Simba and Sky. But these images go beyond simple portraits of individuals, they are also portraits of the land itself and their place in it.

In 2016 a group of indigenous Northern Territory youths visited Sydney for the first time. One of them, Eric Kinthari, told NITV that traveling to a big city had taught him extra respect for his culture. “I can’t stop thinking about how lucky we are here, with our own culture, the fact that it’s been kept alive — unlike other places… People my age in Redfern didn’t know how to speak their own language and I thought that was really sad… I want to continue our traditions and teach them, my children, and theirs in the generations yet to come.”

That pride and self-assurance is palpable in Blincoe’s images as Aretha confronts the camera lens, or as Simba is captured against the rocky outcroppings of the terrain or in the sensual stance adopted by Sky, her smooth skin melding with the rust-streaked sand. And then there is Malouk, seemingly aflame, rising like a phoenix in the night, taking a stance that verily screams that this is his land, his culture, his country.

Blincoe has long been fascinated by religion and belief in all its myriad forms. In its previous incarnations he has made use of props and self-made costumes to evoke the baroque, and often all-too corrupt, nature of religious belief systems. With these newer works such props were unnecessary – the untethered landscape itself suggested a spirituality far more vast than any Gothic Cathedral or Pontifical Vestments could ever achieve.

Here, as we lock eyes with the youthful Indigenous people, we may see an element of pride, but it is pride of country and tradition, something excised from the eyes of inner-city dwellers whose Dreamings have been forcibly forgotten.

Blincoe is not an indigenous artist, indeed he hails from New Zealand and is thus very much a Balanda, or outsider, at best a visitor to the remote regions he visits. And for Balanda this landscape can seem alien, harsh and unforgiving. But for many indigenous Australians it is home, rich in story and tradition and a place of harsh beauty. 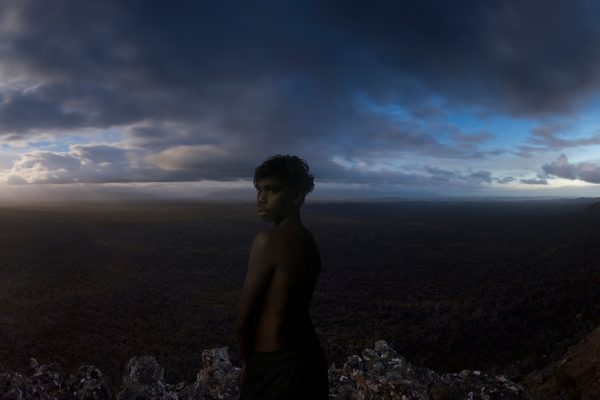 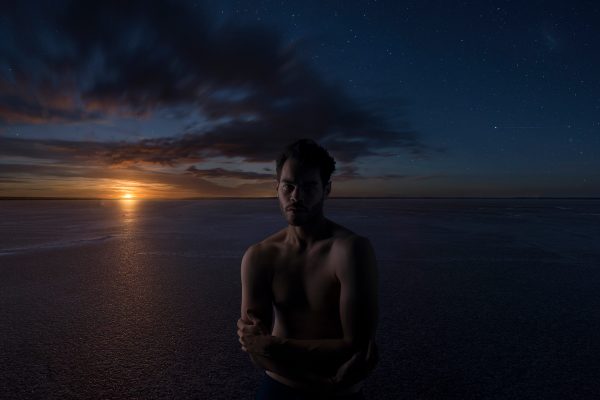 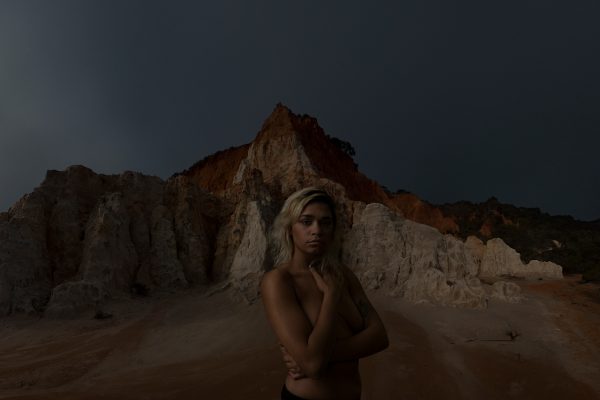